Skip to main content
BUY £99 VIEW IN MEMBERSHIP LIBRARY
START YOUR MEMBERSHIP TODAY
I am Emeritus Professor of Psychotherapeutic Studies at Goldsmiths University of London and have been working in the field of counselling and psychotherapy since 1975. I was one of the first people in Britain to be trained in Cognitive Behaviour Therapy and have trained with Drs. Albert Ellis, Aaron T. Beck and Arnold Lazarus. I have also trained at the University of Warwick where I was awarded an MSc in Psychotherapy. This was an eclectic course and gave me a very broad view of the field. What has been important and sustaining in my career has been variety. Thus, I work as a practitioner, trainer, academic and writer/editor. CBT Practice I have worked as a therapist in many settings: including in private practice, in a GP practice, in a clinical psychology service and in private psychiatric hospitals.CBT Training I have been active in training counsellors and therapists since 1975 and have trained therapists in many countries including Britain, USA, South Africa, Turkey and Israel. Academic I began my career as an academic as Lecturer in Counselling at the University of Aston in Birmingham (1975-1984) and joined Goldsmiths University of London in 1985 where I became Britian’s first Professor of Counselling in 1992. I am now Emeritus Professor of Psychotherapeutic Studies at Goldsmiths and have held Visiting Professorships at University of Birmingham, University of East London, University of Westminster and London Metropolitan University. In 2005, I was awarded a DSc in Psychology at Babes-Bolyai University in Romania. Writer and Editor My first book was published in 1984 and I have now authored or edited over 230 books. I write for both the profession and for the general public. In addition, I have edited 20 book series and was, until 2012, the editor of the ‘Journal of Rational-Emotive and Cognitive-Behavior Therapy’. 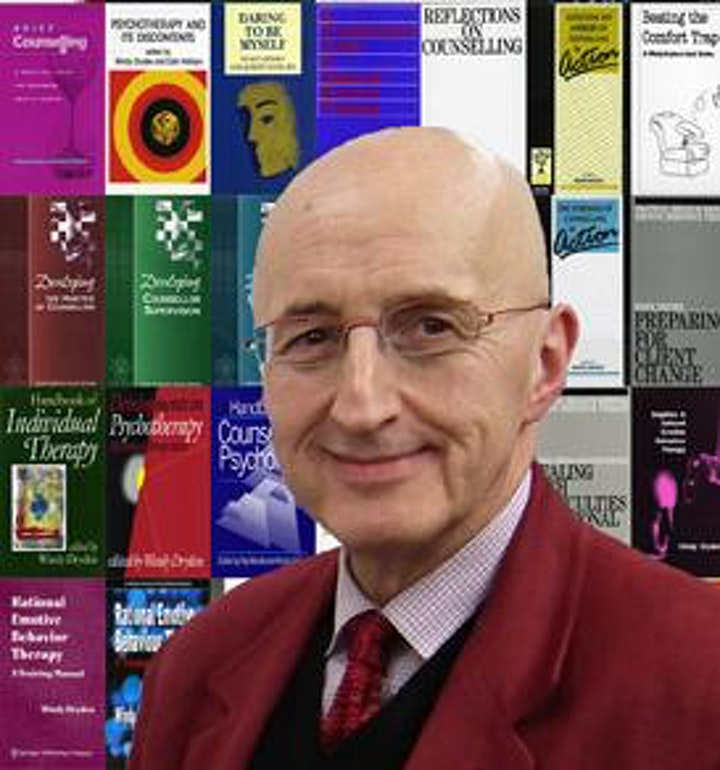 Should you need any help, please contact our team at help@onlinevents.co.uk